SEATTLE â€“ March 3, 2017 â€“ Erupting out of the woods of Seattle is Another Perfect Crime, the Pacific Northwest’s first line of defense against oppression. With deep roots in the PNW indie music scene, Another Perfect Crime was born at Portland’s Ladies Rock Camp, where they vowed to defy a white, cishet, male-dominated music scene with explosive sound and razor-sharp lyrics. On March 26th at the Columbia City Theater, Another Perfect Crime will be celebratingÂ The Flood with Danny Newcomb and the Sugarmakers and MALIDONT.

Composed of Jeanne Mitchell (lead guitar, vocals), Teresa Demel (guitar, vocals), Natalie Walker (bass, vocals), and Cheerful Catunao (drums), Another Perfect Crime is unapologetically political, serving as both a band and a safe place: creating and representing an inclusive music scene. The band is emerging as a community leader in the fight against Making America Horrible Again, as their music takes on even more important meaning. This is Another Perfect Crime: Welcome to the Resistance.

In the spirit of the Riot Grrrl, punk, and grunge movements, Another Perfect Crime pays tribute to each respective movement with their own explosive sound, a sound that fuels your protest march as perfectly as your road trip across the desert. You can hear decades of history, resistance, and fight in each track of the band’s newest album, The Flood. As diverse as the fanbase they serve, The Flood is equal part gravel and champagne, nail polish and blood. Each drum beat is a thunderclap, every guitar riff is war cry, and each lyric is a piece of truth that leaves goosebumps in its wake. This is the sound of the Resistance. This is the sound of your own Revolution.

The album was recorded and mixed by Brandon Busch (Sound Media Productions) and mastered by Rachel Field (Resonant Mastering). 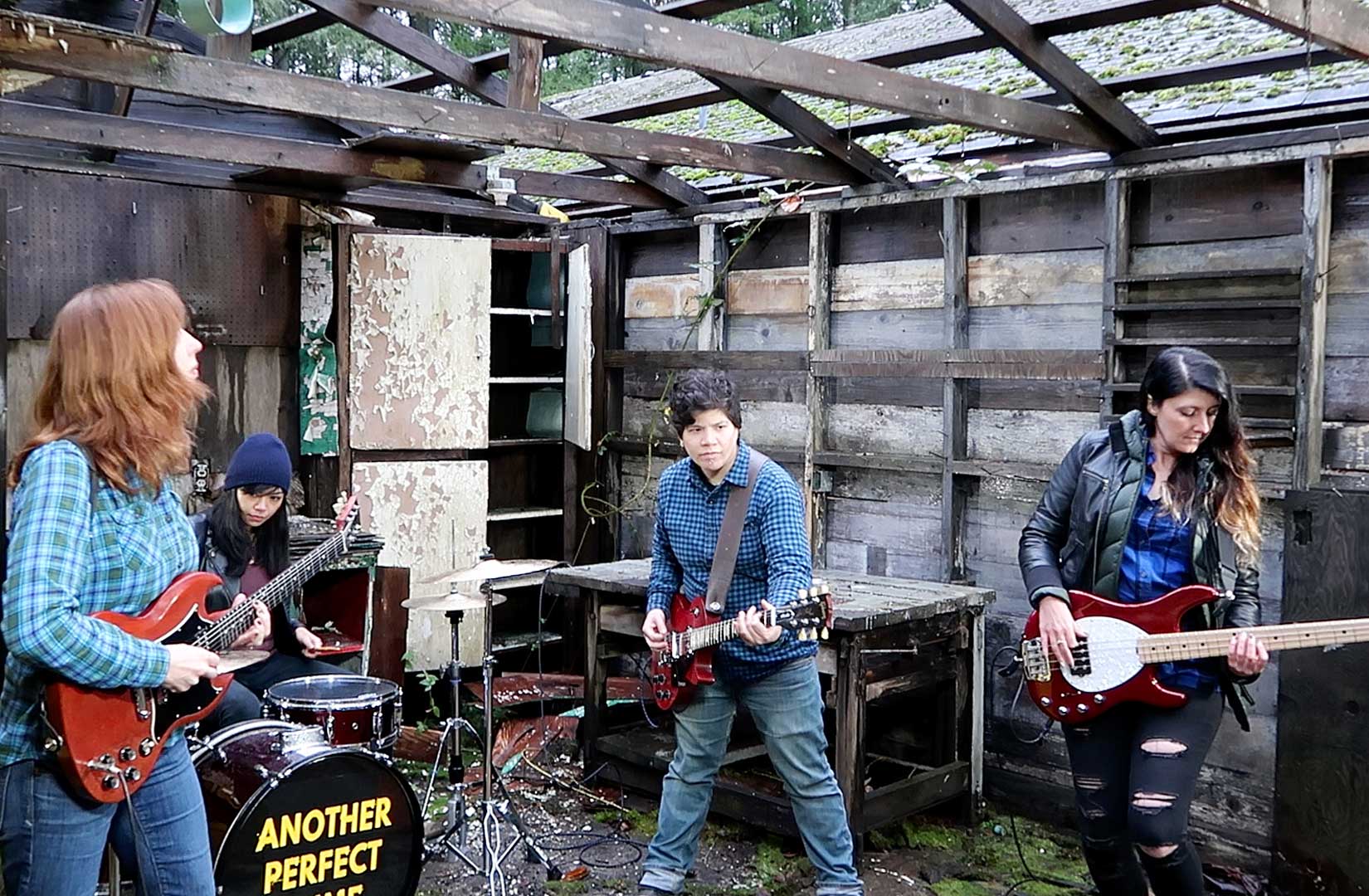 Danny Newcomb and the Sugarmakers